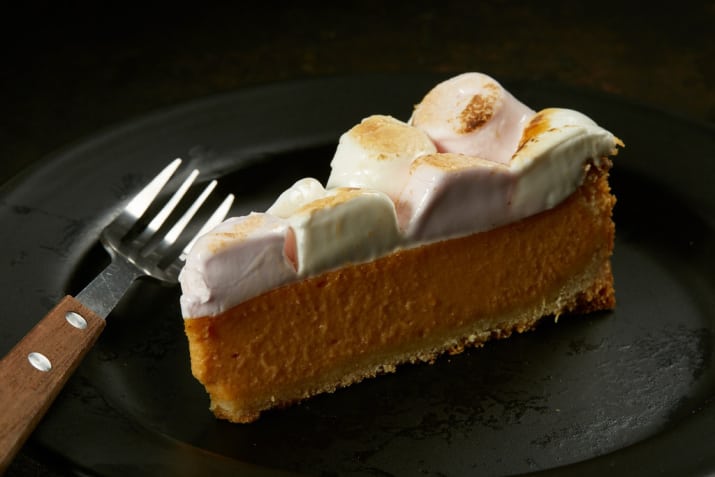 We love sweet potatoes but it seems pumkins get most of the attention during this season. Don't get us wrong, we love Pumpkin Pie too but this year, we would like to end our Thanksgiving dinner with a Sweet Potato Pie topped with toasted marshmallows.

In a large bowl, whisk together the sweet potato and melted butter. Add in all the remaining ingredients except the marshmallows and mix until well combined. Pour mixture into the pie crust and bake for 40 to 45 minutes, or until the edges are set but the middle has a little jiggle still too it.

Take the pie out of the oven and arrange marshmallows to cover the entire top of the pie. Turn on your broiler and put the pie back in the oven. Broil until the marshmallows turn brown on top, about five minutes (checking every now and then to avoid burning).

Take the pie out of the oven. The marshmallows may not look spectacular at this point but they will make a nice topping over the pie as everything cools down. Leave to cool on the counter for a half hour then transfer to the refrigerator overnight to set completely.