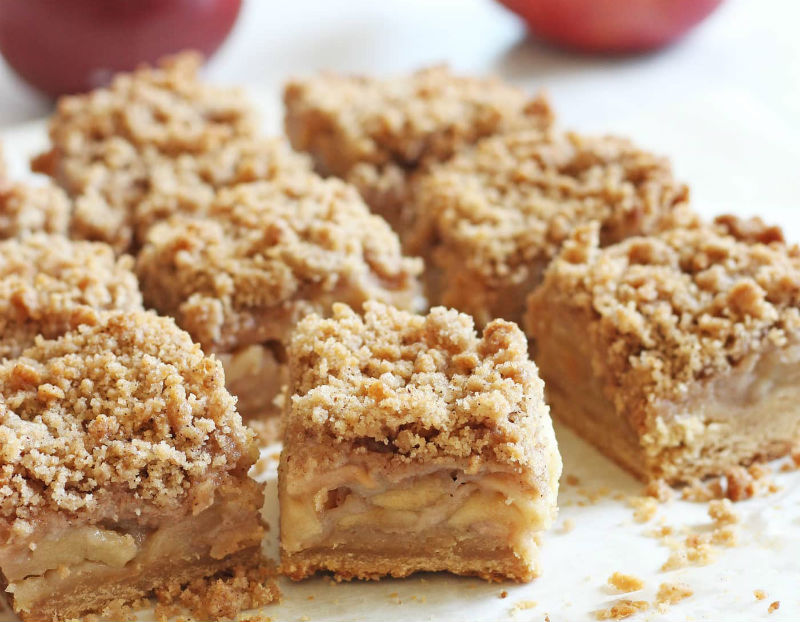 Beat together the melted butter, sugar, and egg in a large bowl until fluffy. Fold in the apples and walnuts.

In a separate bowl, sift together the flour, salt, baking powder, baking soda, and cinnamon. Stir the flour mixture into the wet mixture until just blended. Spread the batter evenly in the prepared baking dish.

To make the crumble topping, mix together first five ingredients in a medium bowl. With a pastry blender or two knives, cut in butter until mixture is crumbly. Spread topping over apples in an even layer.

Bake for 40 minutes or until a toothpick inserted in the center comes out clean or topping is golden brown. Let cool and cut into bars.